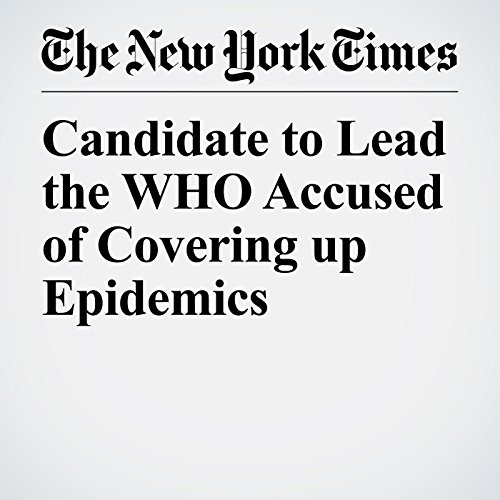 A leading candidate to head the World Health Organization was accused last week of covering up three cholera epidemics in his home country, Ethiopia, when he was health minister — a charge that could seriously undermine his campaign to run the agency.

"Candidate to Lead the WHO Accused of Covering up Epidemics" is from the May 13, 2017 World section of The New York Times. It was written by Donald G. Mcneil Jr. and narrated by Keith Sellon-Wright.