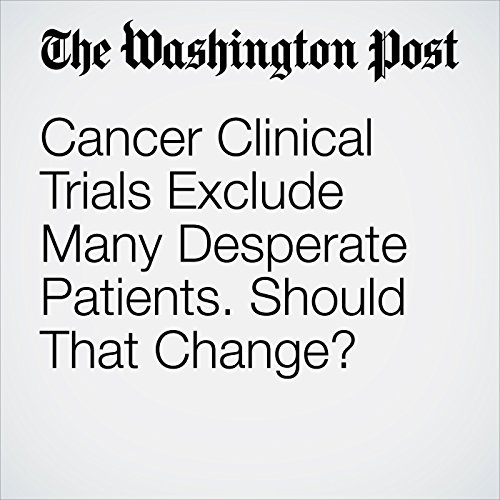 When 29-year-old Carly Bastiansen was diagnosed in January 2016 with advanced pancreatic cancer, doctors told her a clinical trial was her best shot at slowing the notoriously quick-killing and hard-to-treat disease. She found one that appeared promising and went through the screening process. But the trial would not accept her.

"Cancer Clinical Trials Exclude Many Desperate Patients. Should That Change?" is from the December 17, 2017 National section of The Washington Post. It was written by Aimee Swartz and narrated by Sam Scholl.