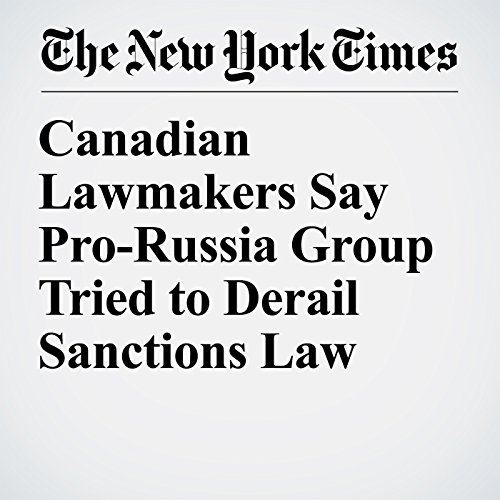 As Canadian lawmakers took up legislation on Wednesday that would bar businesses from dealing with foreigners who have committed human rights abuses, a nonprofit group called the Russian Congress of Canada pushed hard against the measure.

"Canadian Lawmakers Say Pro-Russia Group Tried to Derail Sanctions Law" is from the October 04, 2017 World section of The New York Times. It was written by Dan Levin and Jo Becker and narrated by Fleet Cooper.