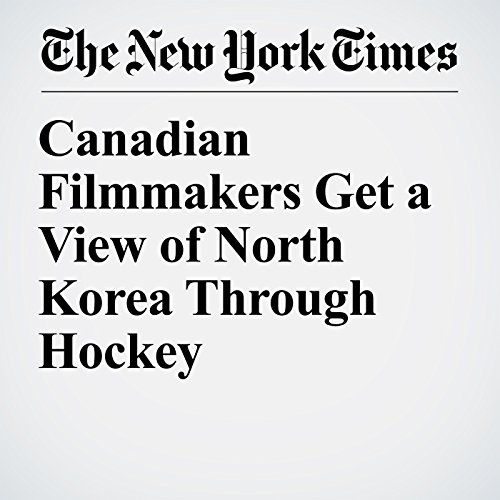 Over the past year, five Canadian filmmakers have often been at the rink with the North Korean men's hockey team, sometimes even on the ice. They are documenting the slap shots and the post-practice speeches, but are also trying to peel back the layers of a long-existing hockey subculture in one of the world’s most mysterious nations.

"Canadian Filmmakers Get a View of North Korea Through Hockey" is from the November 09, 2017 Sports section of The New York Times. It was written by Gerald Narciso and narrated by Keith Sellon-Wright.