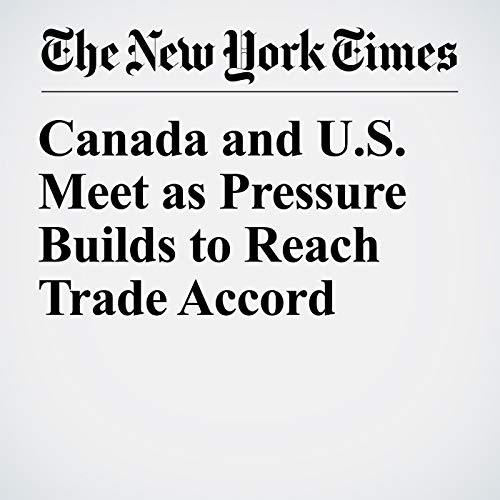 Trade talks between the United States and Canada resumed Wednesday morning as the two nations scrambled to reach a deal by the end of the week that would keep the three-country North American Free Trade Agreement intact.

"Canada and U.S. Meet as Pressure Builds to Reach Trade Accord" is from the August 29, 2018 U.S. section of The New York Times. It was written by Ana Swanson and Alan Rappeport and narrated by Keith Sellon-Wright.