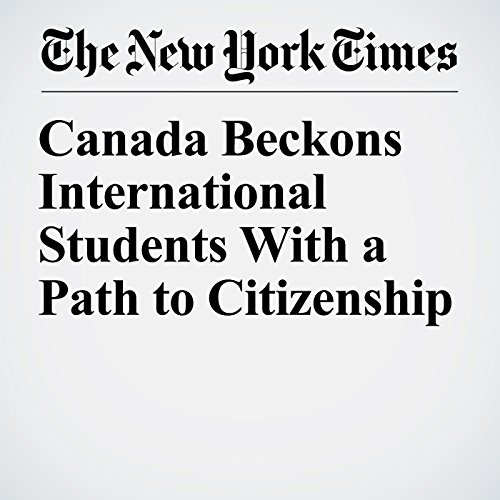 Canada Beckons International Students With a Path to Citizenship

In November, the federal government changed its electronic immigration-selection system, called Express Entry, to make it easier for international students to become citizens. And a bill pending in the Senate would restore a rule that counts half of students’ time spent studying in Canada toward the period of residency required for citizenship.

"Canada Beckons International Students With a Path to Citizenship" is from the January 26, 2017 World section of The New York Times. It was written by Craig S. Smith and narrated by Kristi Burns.