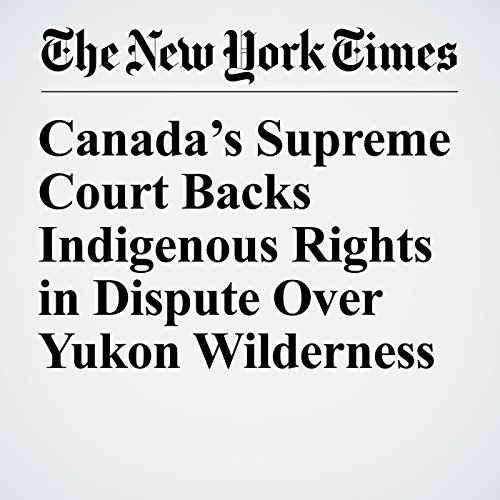 In a victory for indigenous groups, Canada’s Supreme Court on Friday ruled that the Yukon territorial government could not rewrite a plan to protect a vast stretch of wilderness because a joint indigenous-government commission had agreed to it.

"Canada’s Supreme Court Backs Indigenous Rights in Dispute Over Yukon Wilderness" is from the December 01, 2017 World section of The New York Times. It was written by Dan Levin and narrated by Kristi Burns.