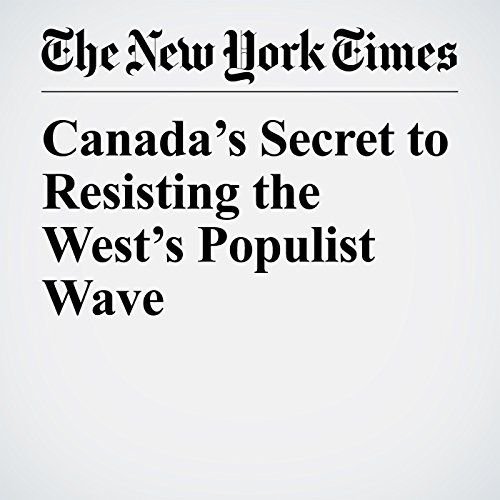 As right-wing populism has roiled elections and upended politics across the West, there is one country where populists have largely failed to break through: Canada.

"Canada’s Secret to Resisting the West’s Populist Wave" is from the June 26, 2017 World section of The New York Times. It was written by Amanda Taub and narrated by Keith Sellon-Wright.