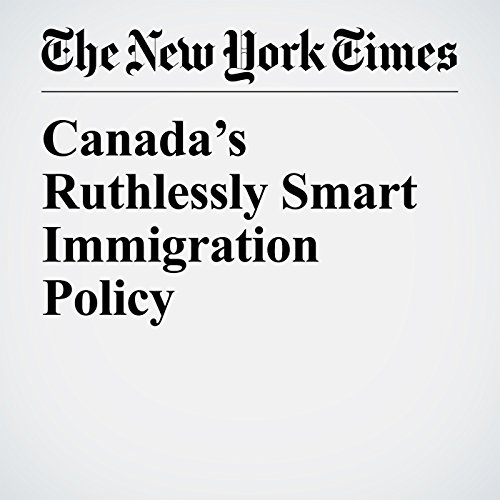 During a speech in Iowa last week, in the middle of his red-meat calls for a border wall and tougher immigration enforcement, President Donald Trump called for something decidedly less sanguinary: “a total rewrite of our immigration system into a merit-based system.”

"Canada’s Ruthlessly Smart Immigration Policy" is from the June 27, 2017 Opinion section of The New York Times. It was written by Jonathan Tepperman and narrated by Kristi Burns.