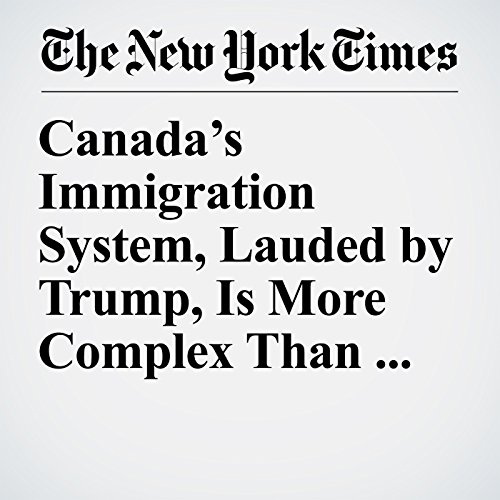 It is part of a system that promotes both the economy and the country’s multicultural society, which has arguably become as much a part of Canadian identity as hockey. And it is largely seen as a way to increase immigration, not reduce it.

"Canada’s Immigration System, Lauded by Trump, Is More Complex Than Advertised" is from the March 02, 2017 World section of The New York Times. It was written by Catherine Porter and narrated by Caroline Miller.