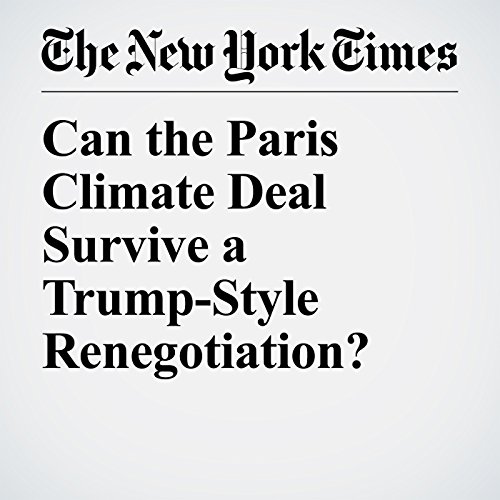 As President Donald Trump ponders whether the United States should stay in or leave the Paris climate agreement, many of his closest allies and advisers have been urging him to keep the country in but “renegotiate” the deal to better reflect his energy policies.

"Can the Paris Climate Deal Survive a Trump-Style Renegotiation?" is from the May 26, 2017 World section of The New York Times. It was written by Brad Plumer and narrated by Mike DelGaudio.