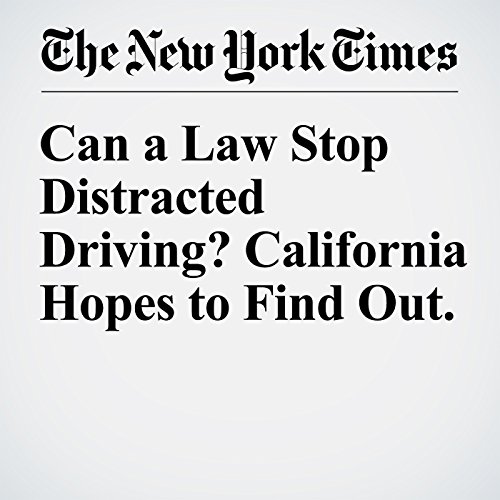 This week, as a new law went into effect in the state with an aim toward cutting the number of drivers using smartphones, federal data is scheduled to be released that shows that more than 3,400 people were killed in accidents that involved at least one distracted driver in 2015.

"Can a Law Stop Distracted Driving? California Hopes to Find Out." is from the January 05, 2017 U.S. section of The New York Times. It was written by Jonah Engel Bromwich and narrated by Kristi Burns.