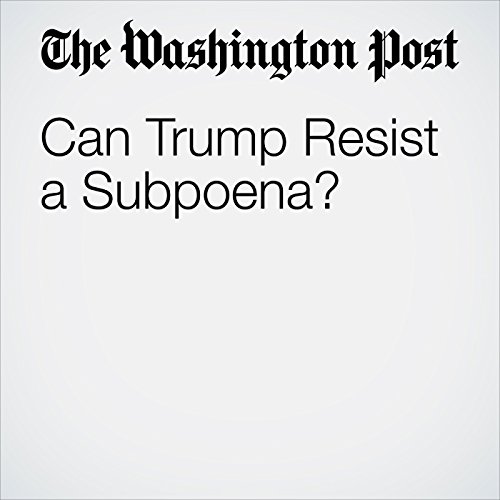 “We don’t have to comply with a potential Mueller subpoena,” President Trump’s lawyer, Rudolph W. Giuliani, recently declared on ABC. “He’s the president of the United States. We can assert the same privileges other presidents have.”

"Can Trump Resist a Subpoena?" is from the May 08, 2018 Opinion section of The Washington Post. It was written by Harry Litman and narrated by Sam Scholl.