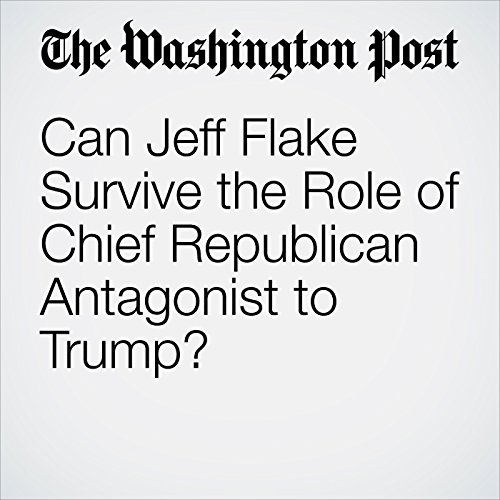 "Can Jeff Flake Survive the Role of Chief Republican Antagonist to Trump?" is from the August 13, 2017 Politics section of The Washington Post. It was written by Ed O'Keefe and narrated by Sam Scholl.