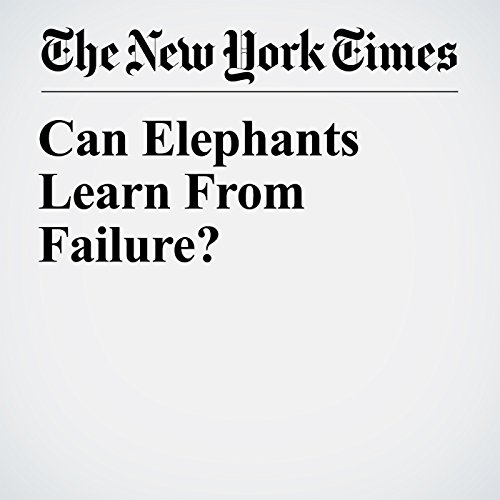 The Republican Health Care bill failed because it was a bad bill that had almost no authentic public support. It took benefits away from tens of millions of vulnerable people to give tax breaks to the rich few.

"Can Elephants Learn From Failure?" is from the March 27, 2017 Opinion section of The New York Times. It was written by David Brooks and narrated by Caroline Miller.