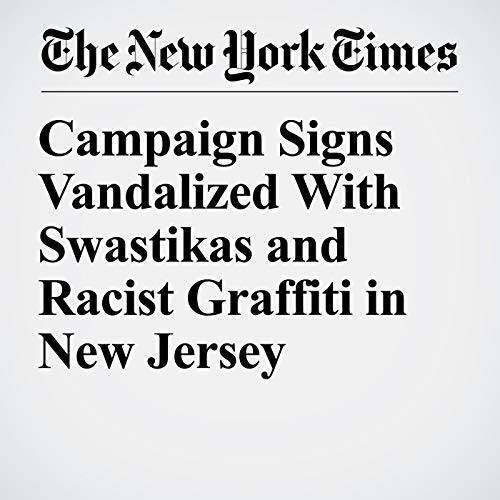 A campaign sign for Rep. Josh Gottheimer and the home of one of his supporters were defaced with swastikas, profanity and racial epithets in Hampton Township, New Jersey, early Saturday morning.

"Campaign Signs Vandalized With Swastikas and Racist Graffiti in New Jersey" is from the September 22, 2018 U.S. section of The New York Times. It was written by Nick Corasaniti and narrated by Fleet Cooper.