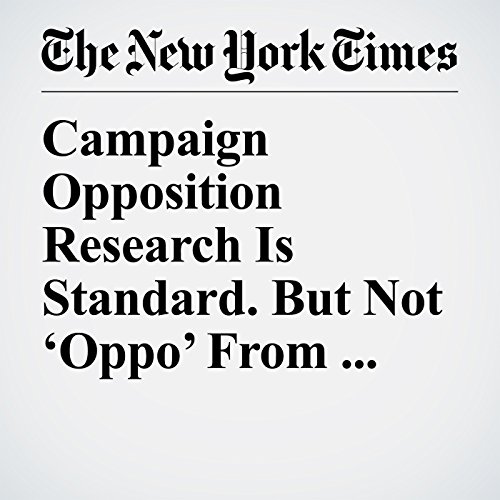 Donald Trump Jr.'s 2016 meeting with a Kremlin-connected lawyer who promised damaging information via the Russian government has again engulfed President Donald Trump in questions about whether his campaign colluded with Moscow.

"Campaign Opposition Research Is Standard. But Not ‘Oppo’ From Hostile Nations." is from the July 12, 2017 U.S. section of The New York Times. It was written by Jonathan Martin and narrated by Keith Sellon-Wright.