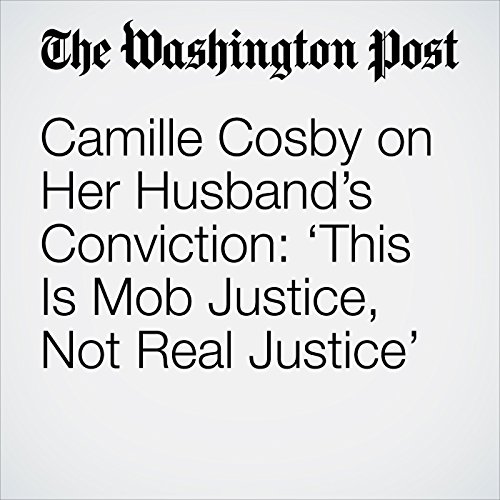 Seven days after Bill Cosby was convicted on three counts of sexual assault, Camille O. Cosby offered a fiery defense of her husband, the iconic entertainer. Her nearly 800-word statement, posted to Facebook Thursday morning, likened her husband’s ordeal to the racially charged killing of Emmett Till and called the accusations and ensuing conviction “mob justice, not real justice.”

"Camille Cosby on Her Husband’s Conviction: ‘This Is Mob Justice, Not Real Justice’" is from the May 03, 2018 Arts and Entertainment section of The Washington Post. It was written by Cleve R. Wootson Jr. and Sonia Rao and narrated by Sam Scholl.