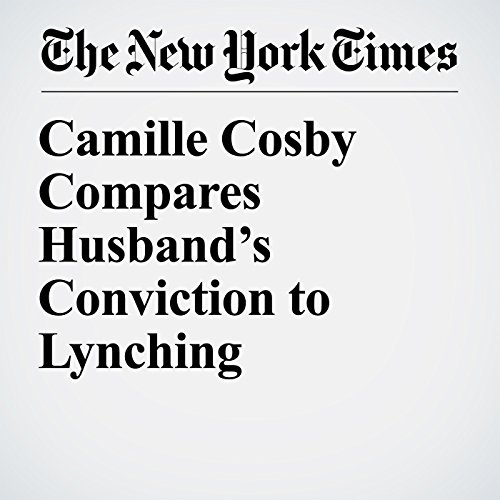 Camille Cosby, the wife of disgraced comedian Bill Cosby, disparaged the media, Bill Cosby’s accusers and his prosecutors in a caustic statement released Thursday, her first public comments since Cosby was convicted of sexual assault last week. She called for a criminal investigation of the Montgomery County district attorney and repeatedly suggested that Cosby was targeted because of his race.

"Camille Cosby Compares Husband’s Conviction to Lynching" is from the May 03, 2018 U.S. section of The New York Times. It was written by Sopan Deb and narrated by Kristi Burns.