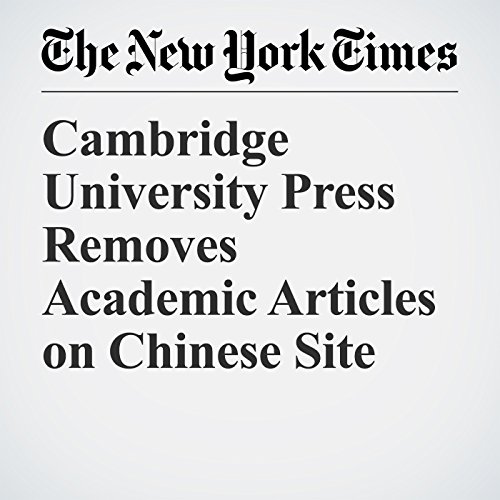 One of the world’s oldest and most respected publishing houses, Cambridge University Press, has bowed to pressure from Beijing and removed sensitive content on its site in China.

"Cambridge University Press Removes Academic Articles on Chinese Site" is from the August 18, 2017 World section of The New York Times. It was written by Ian Johnson and narrated by Mike DelGaudio.