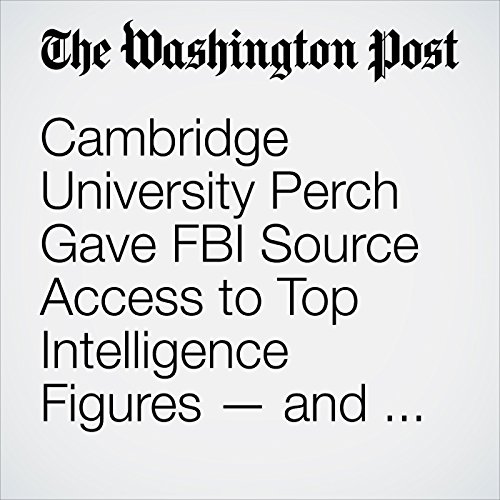 Before Stefan A. Halper emerged at the center of a political storm over the FBI’s Russia investigation, he was a familiar face among the Gothic buildings and on the twisting river paths at the University of Cambridge, where he was known as a foreign policy expert with a network of intelligence sources cultivated over decades.

"Cambridge University Perch Gave FBI Source Access to Top Intelligence Figures — and a Cover as He Reached out to Trump Associates" is from the June 05, 2018 Politics section of The Washington Post. It was written by Tom Hamburger, Robert Costa and Ellen Nakashima and narrated by Sam Scholl.