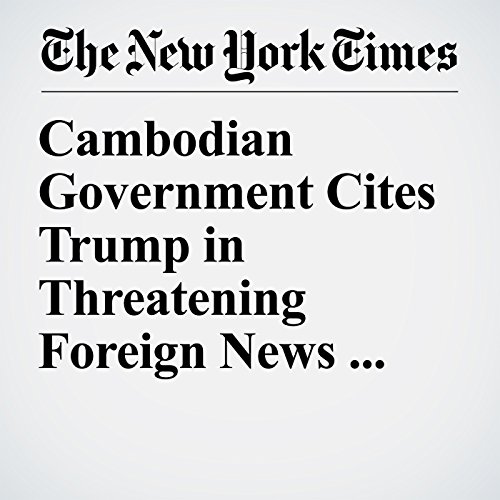 In a sign that President Donald Trump’s criticism of the news media may be having a ripple effect overseas, a government spokesman in Cambodia has cited the U.S. leader in threatening to shutter foreign news outlets, including some that receive money from Washington.

"Cambodian Government Cites Trump in Threatening Foreign News Outlets" is from the February 28, 2017 World section of The New York Times. It was written by Mike Ives and narrated by Keith Sellon-Wright.