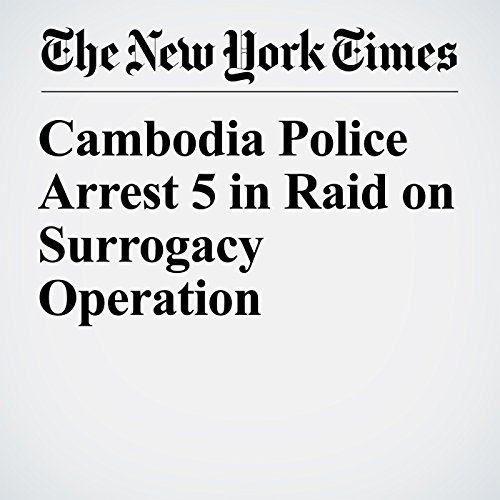 HONG KONG — Five people in Cambodia were arrested on charges of human trafficking after police found 33 pregnant women during a raid on an illegal surrogacy operation, the local news media reported Monday, highlighting how the practice has persisted in the country despite a 2016 ban.

"Cambodia Police Arrest 5 in Raid on Surrogacy Operation" is from the June 25, 2018 World section of The New York Times. It was written by Mike Ives and narrated by Kristi Burns.