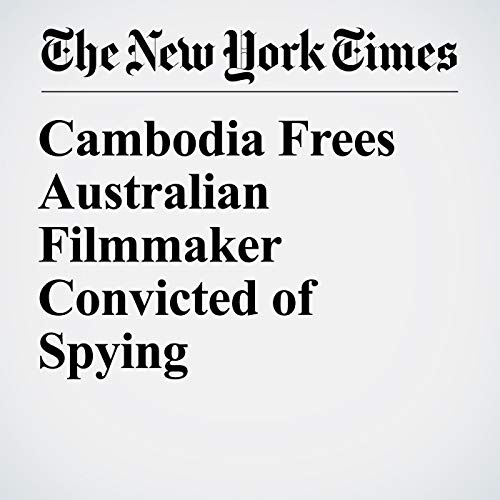 PHNOM PENH, Cambodia — An Australian filmmaker whose imprisonment in Cambodia on espionage charges made him a symbol of the government’s crackdown on journalists and opposition figures was pardoned Friday, his lawyer said.

"Cambodia Frees Australian Filmmaker Convicted of Spying" is from the September 21, 2018 World section of The New York Times. It was written by Julia Wallace and narrated by Mike DelGaudio.