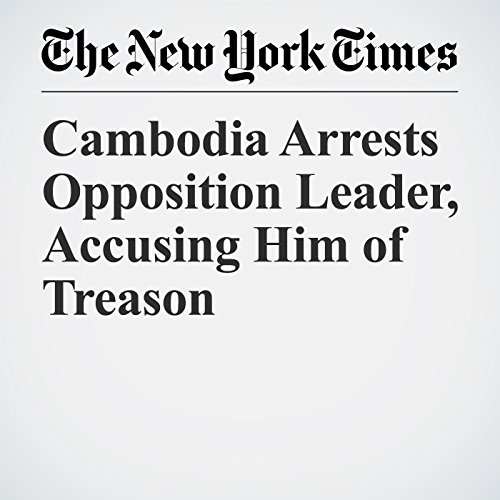 The leader of Cambodia’s main opposition party, Kem Sokha, was arrested early Sunday at his home and accused of treason for participating in what the government said was a Washington-backed plot to undermine the country’s leadership.

"Cambodia Arrests Opposition Leader, Accusing Him of Treason" is from the September 03, 2017 World section of The New York Times. It was written by Richard C. Paddock and Julia Wallace and narrated by Keith Sellon-Wright.