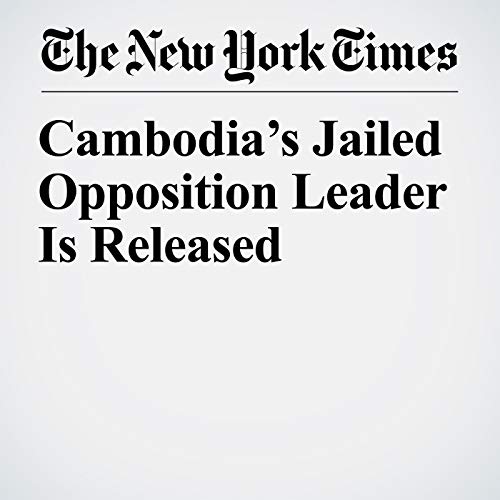 Cambodia’s imprisoned opposition leader was freed on bail Sunday night after spending a year locked up on charges of treason widely seen as designed to neutralize his political power during a crucial election year.

"Cambodia’s Jailed Opposition Leader Is Released" is from the September 10, 2018 World section of The New York Times. It was written by Julia Wallace and narrated by Kristi Burns.