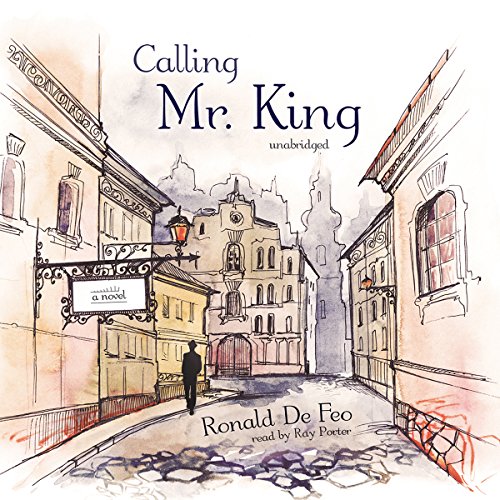 Narrated from the perspective of an American-born contract killer based in London, Calling Mr. King takes us into the mind and life of a man who is growing both increasingly cautious and distracted as he travels from job to job, city to city. Though long considered a first-rate, consistently reliable marksman with a cool, unshakable personality, he appears to be undergoing a severe change of character and focus, taking an interest as never before in the world beyond his targets. He regards such a shift, which is marked by an unexpected passion for buildings and architecture, as an energizing deviation from his deadly routine. But he also begins to realize that it is a dangerously unwise trajectory for a man in his profession.

Set in London, Paris, New York and Barcelona, this novel is at once a colorful, suspenseful tale of escape laced with dark humor, a story of altered perception and self-education, and a psychological self-portrait of a character who is attempting, against the odds, to become someone else.

“ Calling Mr. King is an entertaining tale built on what happens when a high-end hit man begins to feel the awakening of an intellectual life. Ronald De Feo invites the reader to play for a while in a seldom-explored part of the borderland between sanity and insanity.” (Thomas Perry, New York Times best-selling author)