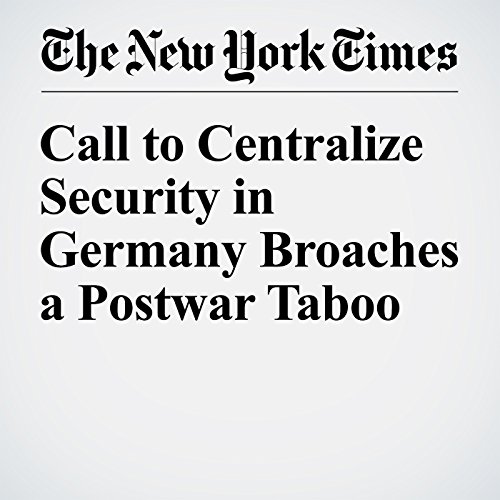 "Call to Centralize Security in Germany Broaches a Postwar Taboo" is from the January 03, 2017 World section of The New York Times. It was written by Melissa Eddy and narrated by Kristi Burns.