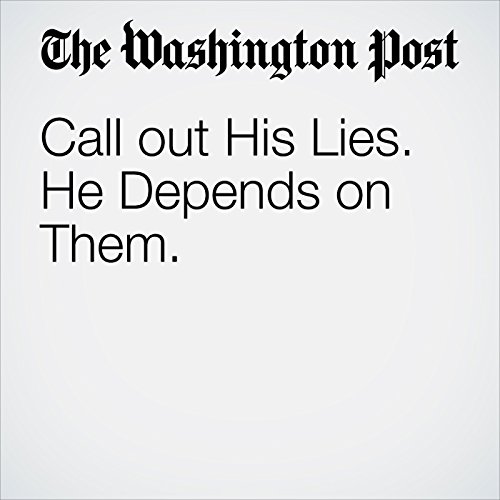 By now, we know that President Trump is a lying demagogue. Because this is not said often enough, he has been allowed to routinize lying and enshrine the vilest forms of divisiveness as a normal part of our politics.Lies do not deserve deference just because a president tells them.

"Call out His Lies. He Depends on Them." is from the May 30, 2018 Opinion section of The Washington Post. It was written by E.J. Dionne Jr. and narrated by Sam Scholl.

Cosa pensano gli ascoltatori di Call out His Lies. He Depends on Them.