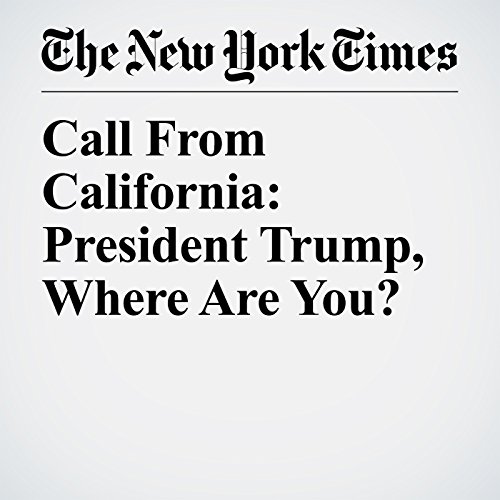 In the six months since President Donald Trump took office, he has visited numerous states. But the 39 million residents of the country’s most populous state have yet to receive a visit — a break in presidential travel history that dates back decades.

"Call From California: President Trump, Where Are You?" is from the July 03, 2017 U.S. section of The New York Times. It was written by Adam Nagourney and Michael D. Shear and narrated by Kristi Burns.

Cosa pensano gli ascoltatori di Call From California: President Trump, Where Are You?