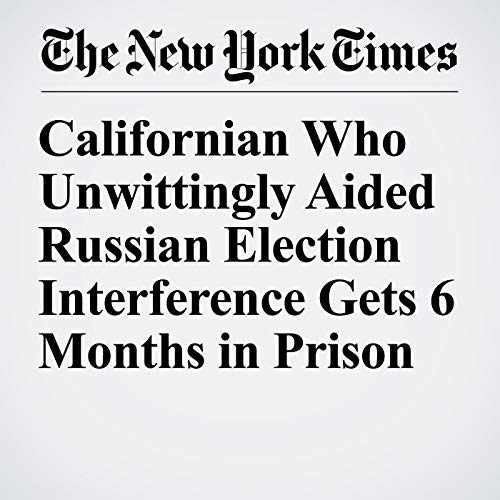 A 28-year-old California man was sentenced to six months in prison on Wednesday for selling bank account information that helped Russia wage a social media campaign aimed at influencing and disrupting the 2016 presidential race.

"Californian Who Unwittingly Aided Russian Election Interference Gets 6 Months in Prison" is from the October 10, 2018 U.S. section of The New York Times. It was written by Sharon Lafraniere and narrated by Keith Sellon-Wright.