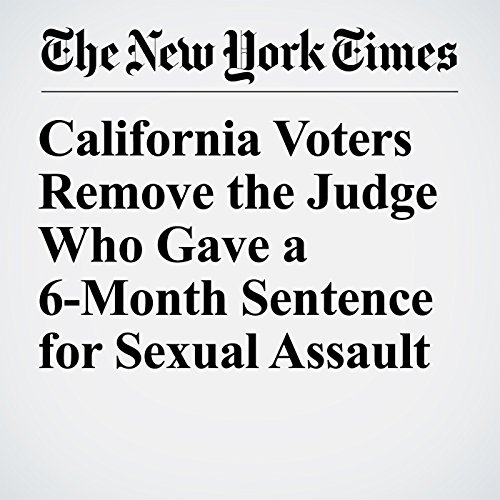 Aaron Persky, the California judge who drew national attention in 2016 when he sentenced a Stanford student to just six months in jail for sexually assaulting an unconscious woman, was recalled on Tuesday, according to The Associated Press. He is the first judge recalled in California in more than 80 years.

"California Voters Remove the Judge Who Gave a 6-Month Sentence for Sexual Assault" is from the June 06, 2018 U.S. section of The New York Times. It was written by Maggie Astor and narrated by Keith Sellon-Wright.