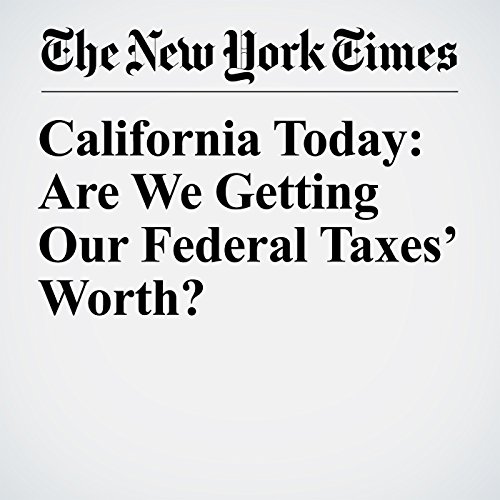 Calling California “out of control,” President Donald Trump recently threatened to withhold federal funds from the state. In response, the state senate leader, Kevin de León, said California was creating jobs faster than any state in the nation and paid more annually in federal taxes than it gets back.

"California Today: Are We Getting Our Federal Taxes’ Worth?" is from the February 08, 2017 U.S. section of The New York Times. It was written by Mike McPhate and narrated by Caroline Miller.

Cosa pensano gli ascoltatori di California Today: Are We Getting Our Federal Taxes’ Worth?