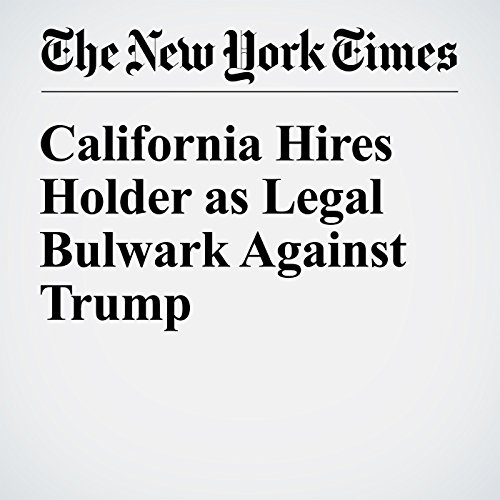 Girding for four years of potential battles with President-elect Donald Trump, Democratic leaders of the California Legislature announced Wednesday that they had hired Eric Holder, who was attorney general under President Barack Obama, to represent them in any legal fights against the new Republican White House.

"California Hires Holder as Legal Bulwark Against Trump" is from the January 04, 2017 U.S. section of The New York Times. It was written by Adam Nagourney and narrated by Fleet Cooper.