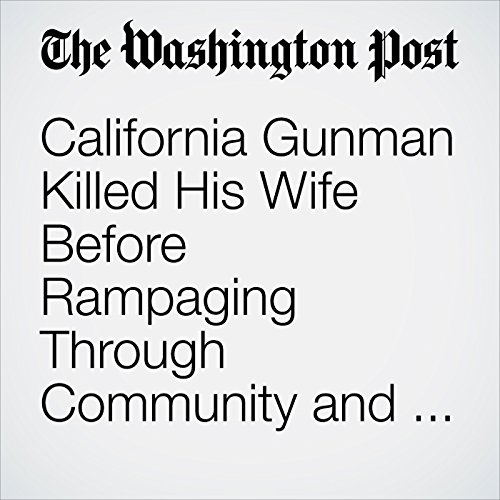 The gunman who rampaged through a Northern California community Tuesday, killing four people and wounding severalothers as he fired at an elementary school and apparently random strangers, had killed his wife the night before, according toauthorities.

"California Gunman Killed His Wife Before Rampaging Through Community and Targeting School, Police Say" is from the November 15, 2017 U.S. section of The Washington Post. It was written by Mark Berman and Ellie Silverman and narrated by Sam Scholl.