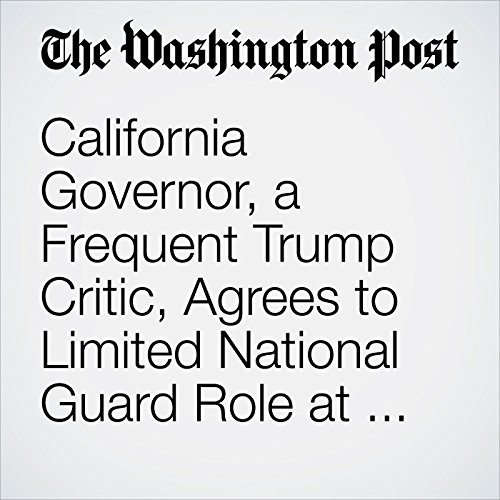 California Gov. Jerry Brown (D), the only border state governor who had not yet committed troops to President Trump’s National Guard deployment, said Wednesday that he will accept federal funding for 400 personnel — though they would be barred from working on wall construction.

"California Governor, a Frequent Trump Critic, Agrees to Limited National Guard Role at Mexico Border" is from the April 11, 2018 National section of The Washington Post. It was written by Nick Miroff and narrated by Sam Scholl.