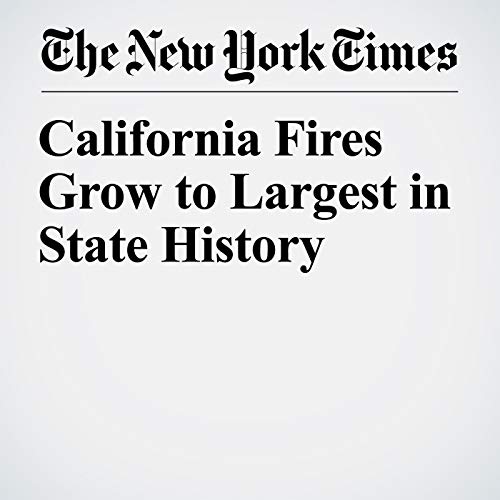 The largest wildfire in California’s history continued to rage Tuesday, after steadily growing for nearly two weeks. Unprecedented in scope, the Northern California fire has already consumed roughly 980 square miles and forced tens of thousands of people from their homes.

"California Fires Grow to Largest in State History" is from the August 07, 2018 US section of The New York Times. It was written by Jennifer Medina and Sarah Mervosh and narrated by Kristi Burns.