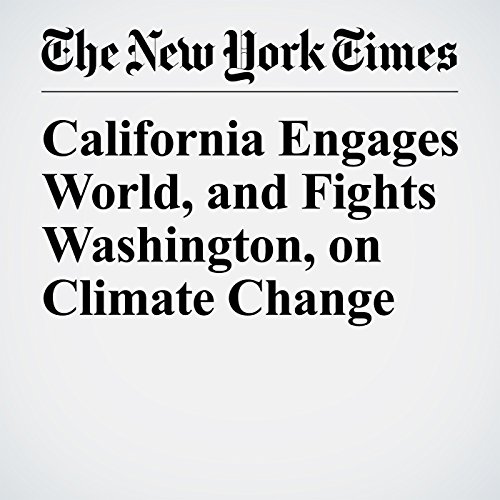 The environmental ministers of Canada and Mexico went to San Francisco last month to sign a global pact — drafted largely by California — to lower planet-warming greenhouse pollution. Gov. Jerry Brown flies to China next month to meet with climate leaders there on a campaign to curb global warming. And a battery of state lawyers is preparing to battle any attempt by Washington to weaken California’s automobile pollution emission standards.

"California Engages World, and Fights Washington, on Climate Change" is from the May 23, 2017 U.S. section of The New York Times. It was written by Coral Davenport and Adam Nagourney and narrated by Kristi Burns.