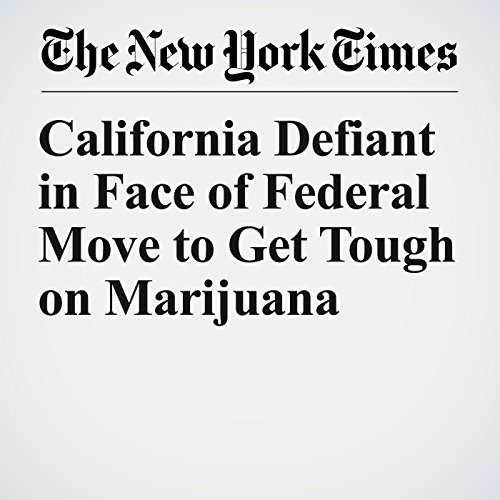 The sale of recreational cannabis became legal in California on New Year’s Day. Four days later, the Trump administration acted in effect to undermine that state law by allowing federal prosecutors to be more aggressive in prosecuting marijuana cases.

"California Defiant in Face of Federal Move to Get Tough on Marijuana" is from the January 04, 2018 U.S. section of The New York Times. It was written by Thomas Fuller and narrated by Mike DelGaudio.