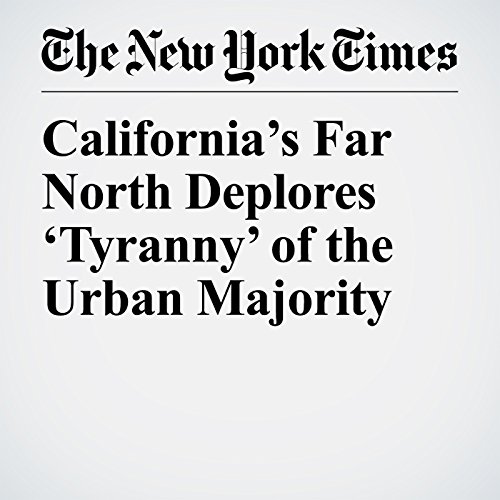 From Hollywood to Silicon Valley, California projects an image as an economically thriving, politically liberal, sun-kissed El Dorado. It is a multiethnic experiment with a rising population, where the percentage of whites has fallen to 38 percent.

"California’s Far North Deplores ‘Tyranny’ of the Urban Majority" is from the July 02, 2017 World section of The New York Times. It was written by Thomas Fuller and narrated by Keith Sellon-Wright.