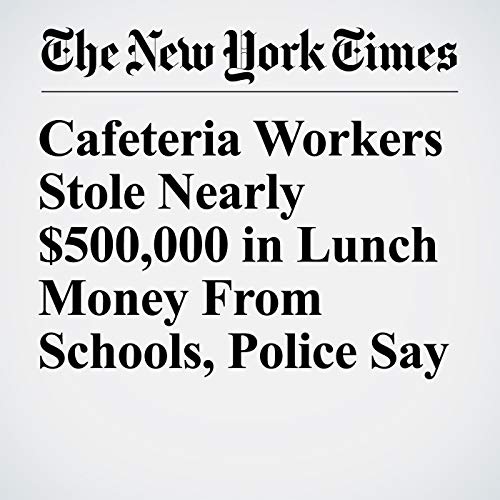 In the well-to-do town of New Canaan, Connecticut, families pay top dollar to live on picturesque New England streets, frequent the area’s upscale boutiques and send their children to some of the best schools in the state.

"Cafeteria Workers Stole Nearly $500,000 in Lunch Money From Schools, Police Say" is from the August 14, 2018 U.S. section of The New York Times. It was written by Sarah Mervosh and narrated by Kristi Burns.