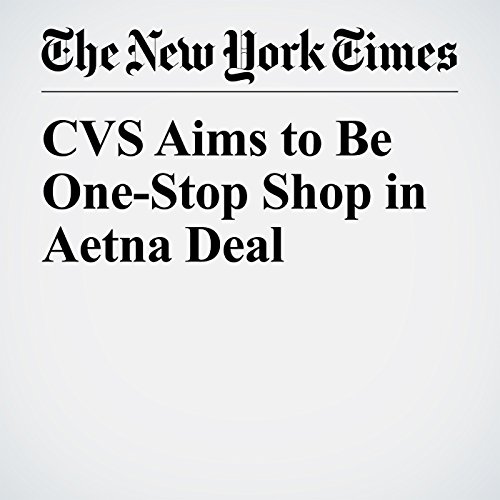 CVS Health said on Sunday that it had agreed to buy Aetna for about $69 billion in a deal that would combine the drugstore giant with one of the biggest health insurers in the United States and has the potential to reshape the nation’s health care industry.

"CVS Aims to Be One-Stop Shop in Aetna Deal" is from the December 03, 2017 Business section of The New York Times. It was written by Michael J. De La Merced and Reed Abelson and narrated by Kristi Burns.