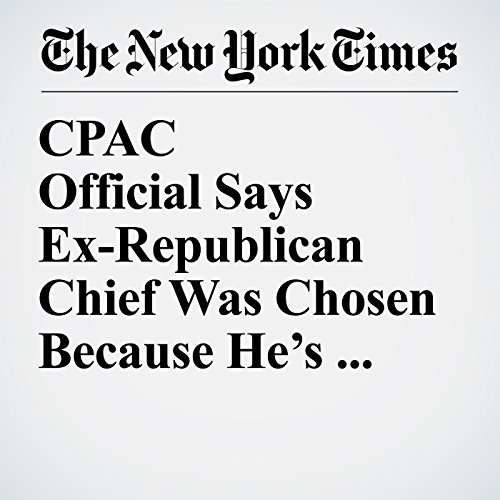 Michael Steele, a former chairman of the Republican National Committee, said on Saturday that the party has a problem with racism after a spokesman for a conservative group said Steele was chosen as chairman because he is “a black guy.”

"CPAC Official Says Ex-Republican Chief Was Chosen Because He’s ‘a Black Guy’" is from the February 25, 2018 U.S. section of The New York Times. It was written by Jeffrey C. Mays and narrated by Kristi Burns.