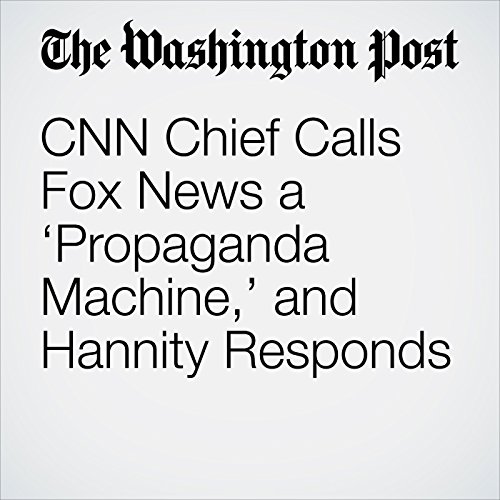 "CNN Chief Calls Fox News a ‘Propaganda Machine,’ and Hannity Responds" is from the March 22, 2018 Arts and Entertainment section of The Washington Post. It was written by Marwa Eltagouri and narrated by Jenny Hoops.