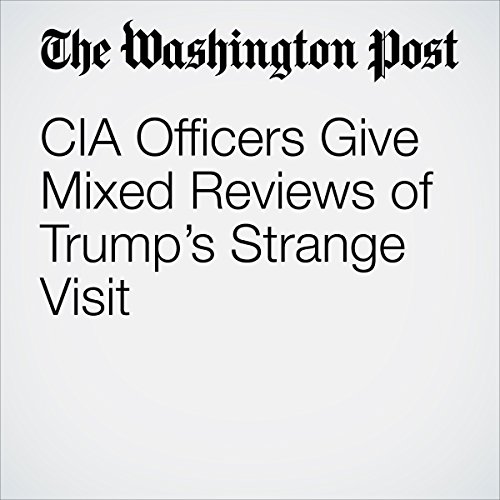 President Trump’s visit to the CIA on his first day in office shocked some agency veterans because of its combative, political tone. But several said they were glad that Trump seemed to have stopped demonizing the intelligence community and was presenting himself as its best friend.

"CIA Officers Give Mixed Reviews of Trump’s Strange Visit" is from the January 22, 2017 Opinion section of The Washington Post. It was written by David Ignatius and narrated by Sam Scholl.