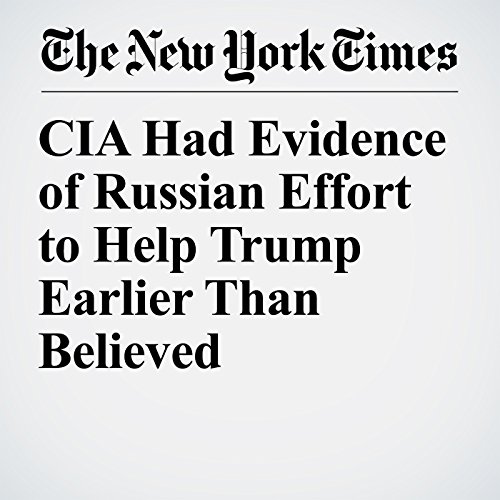 The CIA told senior lawmakers in classified briefings last summer that it had information indicating that Russia was working to help elect Donald Trump president, a finding that did not emerge publicly until after Trump’s victory months later, former government officials say.

"CIA Had Evidence of Russian Effort to Help Trump Earlier Than Believed" is from the April 06, 2017 U.S. section of The New York Times. It was written by Eric Lichtblau and narrated by Caroline Miller.