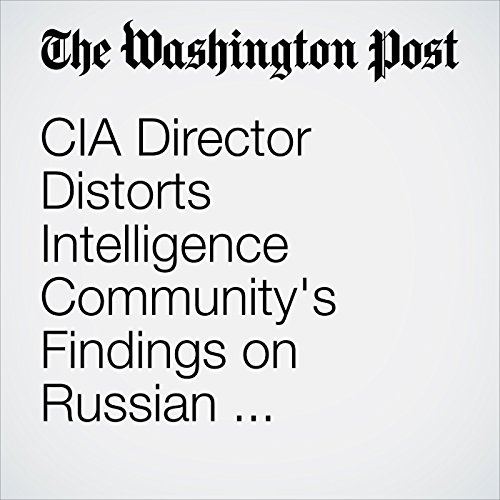 "CIA Director Distorts Intelligence Community's Findings on Russian Interference" is from the October 19, 2017 National section of The Washington Post. It was written by Greg Miller and narrated by Jenny Hoops.