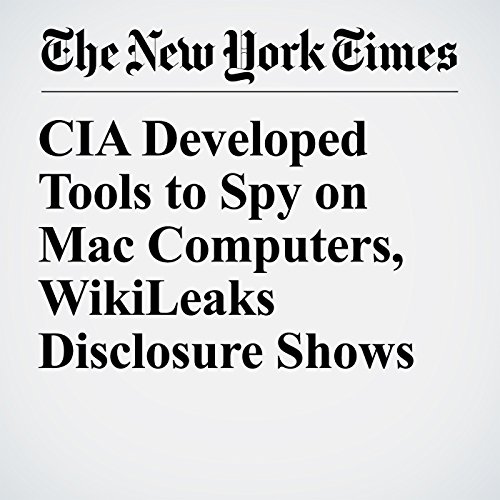 The CIA developed tools to spy on Mac computers by injecting software into the chips that control the computers’ fundamental operations, according to the latest cache of classified government documents published Thursday by WikiLeaks.

"CIA Developed Tools to Spy on Mac Computers, WikiLeaks Disclosure Shows" is from the March 23, 2017 Business section of The New York Times. It was written by Vindu Goel and narrated by Mike DelGaudio.