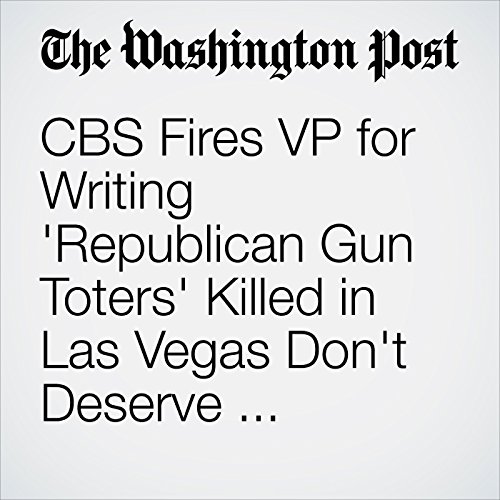 CBS fired a company executive Monday after she criticized some victims of the Las Vegas mass shooting as “Republican gun toters” who did not deserve sympathy.

"CBS Fires VP for Writing 'Republican Gun Toters' Killed in Las Vegas Don't Deserve Sympathy" is from the October 02, 2017 Entertainment section of The Washington Post. It was written by Mary Hui and narrated by Sam Scholl.