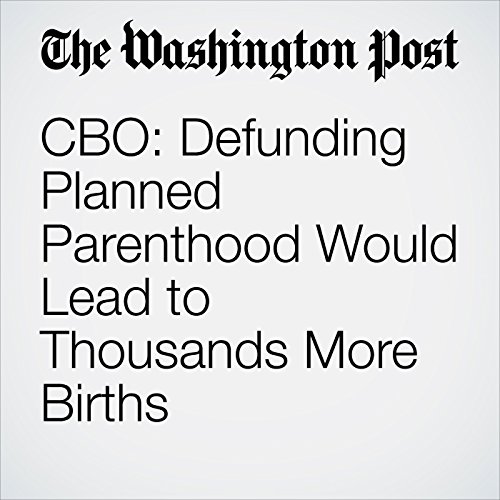 A congressional plan to make Planned Parenthood ineligible for federal funding would leave many women without services to help them avoid pregnancy, resulting in thousands of additional births, according to a new federal budget analysis.

"CBO: Defunding Planned Parenthood Would Lead to Thousands More Births" is from the March 13, 2017 Politics section of The Washington Post. It was written by Sandhya Somashekhar and narrated by Jenny Hoops.